He’s back, the man behind the mask.

First of all, welcome back to Boden! How does it feel to be back?
Thank you very much. I’m very happy to be back!

You played in Boden 2 seasons ago, how would you describe your time this season in Nybro Vikings?
Well, the time I spent in Nybro did not meet my nor the club’s expactations. I did not play enough, I was injured and overall I was struggling with great adversity. On the other hand, I must say it helped me mentally toughen up. The mental part of the game, especially with goalies, is very important and I feel stronger after this experience, more than before.

What made you come back to Boden?
There are a couple of things. I liked my time in Boden. I had a lot of room for improving, I played a lot of games but most importantantly I had trust – From the team, coaches, GM and supporters. The other things is the ambitions. Boden Hockey is one of the greatest organizations in HockeyEttan, with huge goals, which naturally motivates you to work even harder.

What do you think you as a player will contribute to the team in the upcoming season?
Being a good teammate, create a power duo with Claes and giving the team a chance to win by preventing goals and stopping pucks.

If we then look ahead in time, what do you think about Boden’s chances of taking the step up to higher levels like Allsvenskan?
I see big chances to promote to Allsvenskan. I mean you can see rising progress since Boden was promoted to HockeyEttan. First year as a rookie, we almost made it to Play Off 3 after tight series with KRIF and last year Boden won AllEttan Norra and went all the way to Kvalserien. The team is balanced and experienced. Sure, you need a little bit of luck as well, but if you work hard every day, believe in your skills and work as a player for the team, the luck will find you.

Last but not least, do you have any message to the Boden supporters?
I have! It might sound like a cliche, but I was emotional when Boden fans sent me a couple of messages for welcoming. It’s really heartwarming for you as a player when you feel the support from the community. I’m pretty excited to compete in front of such great supporters. I’m really looking forward to it! “ETT LAG – EN STAD – EN DROM!” 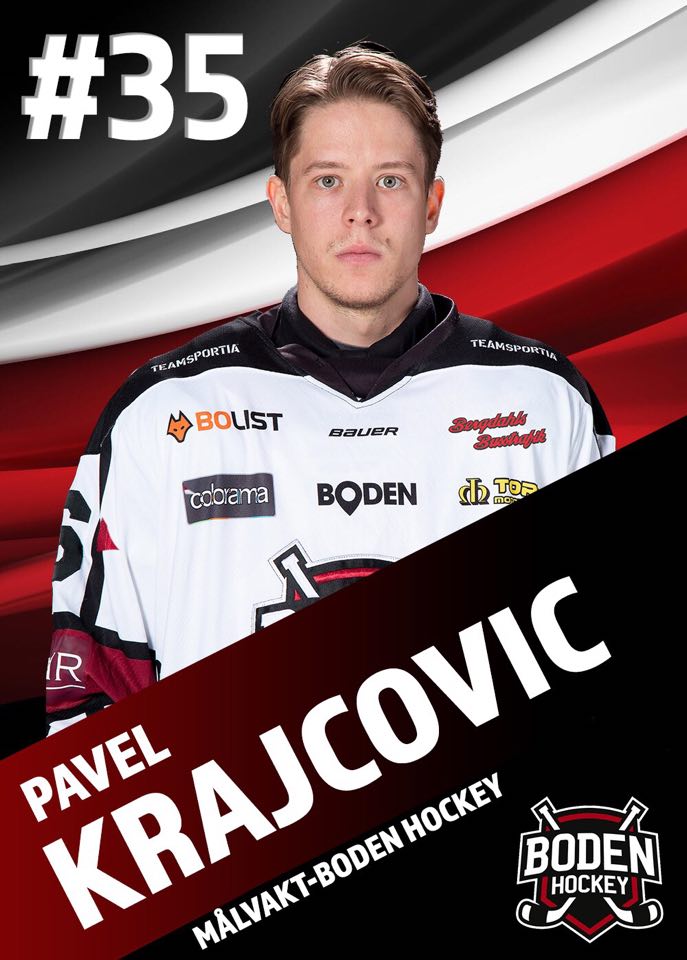